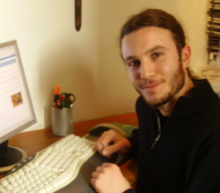 It has been a while since my last post on this blog (one year!), but I have been quite busy both with my work and personal matters, including my wedding :-). Today, I would like to break the silence to introduce QTrace, a “zero knowledge” system call tracer I have just released open source.

TL;DR: QTrace is yet-another (Windows) system call tracer. Its peculiarity is that it requires no information about the structure of system call arguments: the tracer can infer their format automagically, by observing kernel memory access patterns. QTrace also includes a taint-tracking module to identify data dependencies between system calls.

Please, not another syscall tracer! 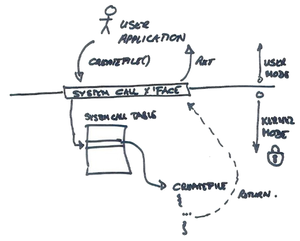 Some time ago I was writing an IOCTL fuzzer to test a Windows device driver. The fuzzer itself was pretty standard stuff: intercept the IOCTLs issued by the driver, fuzz the input buffer and monitor what happens. Unfortunately, blindly fuzzing IOCTL input buffers, without any idea of their format is usually ineffective, especially when facing structured arguments, and can reveal only shallow bugs. The typical solution is to undertake a boring reverse engineering session to determine the structure of the input data the kernel driver is expecting, and adapt the fuzzer accordingly. A somehow similar problem arose when I was developing WUSSTrace, a user-space syscall tracer for Windows. That time we relied on some preprocessor macros to recursively serialize system call arguments with as little code as possible. This approach was great to save some coding, but we still had to provide the tracer with the prototypes for all Windows system calls, together with the definitions for all the data types used by their arguments. Even if some of them are well-documented, others aren’t, especially when moving to GUI (i.e., win32k.sys) syscalls.

But wouldn’t it be nice if it was possible to automatically infer the format of system calls input arguments, in a (almost) OS-independent manner? This is exactly what QTrace tries to do!

QTrace is a “zero knowledge” system call tracer. Its main characteristic is that system call arguments are dumped without the need to instruct the tracer about their structure. The only information explicitly provided to QTrace are the names of the system calls, but this is required just for “pretty printing” purposes (saying “NtOpenFile” is way better than just “0xb3”). This also makes QTrace almost OS-independent, at least when moving to different Windows versions.

The basic idea behind QTrace is that arguments structures can be determined by observing kernel memory access patterns: during the execution of a system call, if the kernel accesses a user-space memory address, then this location must belong to a system call argument, with only few exceptions (credits for this nice idea go to Lorenzo). Similarly, user-space data pointers can be recognized by observing the kernel accessing a location whose address has also been previously read from user-space.

Practically speaking, QTrace is implemented on top of QEMU and includes two main modules: the system call tracer itself and a dynamic taint-tracking engine. The former implements the “zero knowledge” syscall tracing technique just described, while the latter is used to track data dependencies (use/def) between system call arguments (more about this later). Traced system calls, together with taint information, are serialized to a protobuf stream and can be parsed off-line. QTrace also includes some basic Python post-processing tools to parse and display syscall traces in a human-readable form; recorded system calls can be even re-executed.

For the rest of this post we are assuming we are dealing with a 32-bit Windows system, but the same approach can be adapted to 64-bit environments as well.

Imagine the Windows kernel is reading a UNICODE_STRING syscall argument located at address 0x0205e2ac. The definition for this structure is provided below; inline comments specify field offsets and sample values.

To access the Unicode data buffer (field “Buffer”) the kernel will first access user-space address 0x0205e2b0 (corresponding to 0x0205e2ac+4) and read a pointer from there (value 0x02bd11a0). Then, kernel will start accessing 0x42 bytes starting at address 0x02bd11a0. By observing this memory access pattern, we can reconstruct the overall layout of the UNICODE_STRING parameter.

To give an idea about the information that can be inferred through this approach, figure below shows an excerpt of a sample QTrace trace file from a Windows 7 system. In this case, process explorer.exe executed a NtOpenFile() system call, passing six arguments. As an example, the third argument (at 0x0205e258) is a pointer to a structure located at address 0x0205e274; this structure includes a data pointer (at offset 8) to 0x0205e2ac, which in turn has a data pointer (at offset 4) pointing to the Unicode string “\??\C:\Windows\System32\pnpui.dll”.

We can assess the correctness of this information by checking Microsoft documentation for the prototype of this system call:

Third parameter of NtOpenFile() is actually a pointer to a OBJECT_ATTRIBUTES structure, which contains a UNICODE_STRING (at offset 8), that in turn contains a wide-character buffer (at offset 4) that provides the name of the file to be opened. Except for parameter names (which of course cannot be guessed), inferred arguments structure matches the official documentation. Obviously things are slightly more complicated than this, as there are some corner-cases that must be considered, but this should give a rough idea of the approach.

Briefly, in our context system call B depends on system call A if one of the output arguments of A is eventually used as an input argument for B. The reason why we could be interested in recording this kind of information is that syscall B cannot be re-executed alone, as it probably leverages some resources created by system call A. Details about the dynamic taint-tracking module will be presented in a future blog post.

A very simple example of a data dependency between two system calls is provided by the next figure. Here NtQuerySymbolicLinkObject() operates on the handle of a symbolic link object; this handle value is provided through its first argument. As can be seen from the “taint” column for this system call, the HANDLE argument is tainted with label 257 (the one highlighted in red): this taint label identifies the system call that opened this handle, in this case NtOpenSymbolicLinkObject().

This post just sketched out the basic idea behind QTrace and its architecture. QTrace is now available open source, but do not expect it to be bug-free ;-) In some future blog posts I will discuss QTrace internals more in detail, describing the syscall tracer, the taint-tracking engine and providing some use cases.