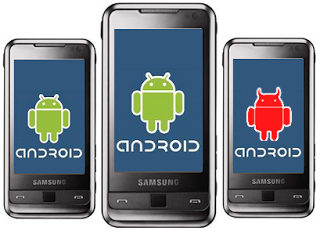 I was planning to open a blog since some months, but I decided to do it only now, to summarize some of the findings of a quick look I gave at a couple of Samsung Android devices.

But let’s start at the beginning. During last Christmas holidays I finally had some free time to try to better understand the inner workings of some Samsung devices, focusing on the manufacturer’s customizations to the Android system. I confess I was quite surprised to see how many Samsung applications are included in the original firmware image, including several customizations to lots of Android core packages.

To make a long story short, I soon started to find some exploitable bugs, affecting both “old” device models (e.g., my Galaxy Tab GT-P1000) and newer devices (e.g., my Galaxy S3). All these issues were caused by Samsung-specific software or customizations. I must say I have nothing against Samsung: on the contrary I’m a happy Samsung customer, and I think their phones and tablets are quite cool, probably among the best devices around. However, their market share is making them an attractive target for attackers.

I contacted Samsung at the beginning of January 2013, and on January 17th I gave them all the technical details and proof-of-concepts for the six vulnerabilities I found, plus some bonus denial-of-services and info leaks (for the sake of completeness, the MD5 of my report is af7ca8998079c5445a3b1bcff2e05f90). Since then, I have not received any official confirmation from Samsung about their intention to fix these issues: as far as I know, they are still “in the process of checking for the vulnerabilities”. Despite this fact, on February 20th, they asked to delay my public disclosure until proper patches are developed, considering that “any patches [Samsung] develops must first be approved by the network carriers”.

In the past, I have always followed a responsible disclosure policy to report the vulnerabilities I have found, but waiting until (all?) the network carriers approve a security patch seems to be a very, VERY, long time! Nevertheless, to avoid exposing Samsung users to possible threats, I won’t disclose any technical detail, but I think it is acceptable to provide just a high-level overview of the issues.

All the vulnerabilities I reported can be exploited from an unprivileged local application. In other words, no specific Android privileges are required for the attacks to succeed. This allows attackers to conceal the exploit code inside a low-privileged (and apparently benign) application, distributed through Google Play or the Samsung Apps market.

I would like to stress out one more time that these issues are not caused by bugs inside the “vanilla” Android system, but are all caused by Samsung-specific software and customizations.

As I discussed before, no technical details will be provided. In this paragraph I will just sketch out a high-level description of the issues I found and their possible impacts.

A video that shows the exploitation of one of the issues discussed at point 1 (stealth installation of a privileged application) is shown below. I know the video is quite meaningless, but it is all I can disclose right now. I’m also sorry for the poor video quality , but it turned out that recording an Android screen video with a good fps rate is more difficult than finding 0-days :-).

The video was taken using my Samsung Galaxy Tab, updated with the latest Samsung firmware and applications available at the time of writing. A similar vulnerability (but not the very same one) also affects the Galaxy S3 and probably other more recent devices. The video is organized as follows:

The ability to silently install privileged applications or to send SMS messages are quite appealing tasks for mobile malware authors and, to make things even worse, most of the issues I reported to Samsung are also pretty easy to find. As a consequence, I won’t be surprised to find some malware in the wild that exploits these or similar vulnerabilities.

Considering that most of these bugs can be fixed quite easily, without any drastic change to the device software, I admit that I was expecting a quick patch from Samsung. However, two months were not enough even to start the development of a security fix, and I don’t think any patch will be released anyway soon.

I really think Samsung cares about the security of its customers, but probably its vulnerability handling procedure should be revised a little bit. Smartphones, tablets and other portable devices are tomorrow’s computing platform, and Android is one of the leading actors of this change. As a natural consequence, Android malware is also rapidly growing. In this situation, the prompt development and diffusion of security patches is simply mandatory.